Implicit bias refers to the attitudes or stereotypes that affect our understanding, actions, and decisions in an unconscious manner. Among the key attributes of implicit biases are the following:

Implicit or Unconscious: Activated unconsciously and involuntarily, without being explicitly controlled

Bias: This bias may skew toward either a favorable or an unfavorable assessment

Pervasiveness: Implicit attitudes and stereotypes are robust and pervasive

Regardless of whether implicit associations are positive or negative in nature, everyone is susceptible to implicit biases, including children.* Learn more about implicit bias by exploring the following resources.

*"State of the Science: Implicit Bias Review 2013," The Kirwan Institute 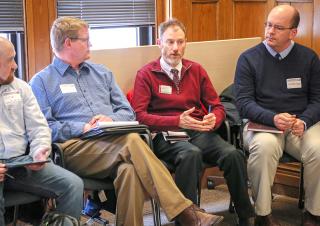 To help create a more equitable environment and advance the professional interests of women faculty and staff and other underrepresented groups in your unit/department, The Women's Place invites you to participate in the Ohio State Advocates & Allies for Equity initiative. This program is designed to bring men further into the gender equity equation by building a cross-campus network of male Allies who share an understanding of the effects of implicit bias and systematic privilege and to introduce specific practical actions to help men better support women at the university.

To engage your department/unit and help change the culture at Ohio State, contact The Women’s Place regarding the simple process of scheduling an Ally facilitation.

Host a Gender By Us™ Conversation 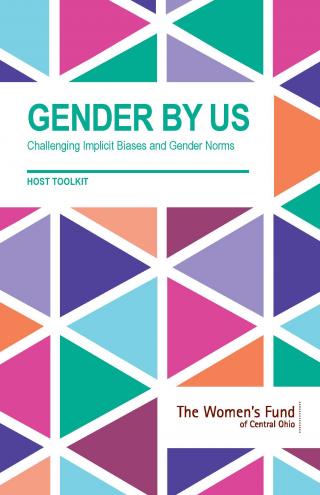 Gender By Us™ is a conversation tool created by The Women’s Fund of Central Ohio to spark change. It is designed to convene conversations, challenging underlying gender social norms in a safe space that encourages transparent dialogue and generates change.

To check out a toolkit and host a small group conversation geared towards highlighting societal gender norms and how they show up in our personal lives and communities, contact womensplace@osu.edu.

The Student Life Multicultural Center (MCC) offers a Gender Kit and Community Kits that faculty, staff, and students can use to facilitate development relating to issues of diversity and social justice. With fun, flexible, and adaptable tools, the kits allow people to facilitate a deeper awareness of diversity and social justice issues within their communities to create healthier, more inclusive environments. 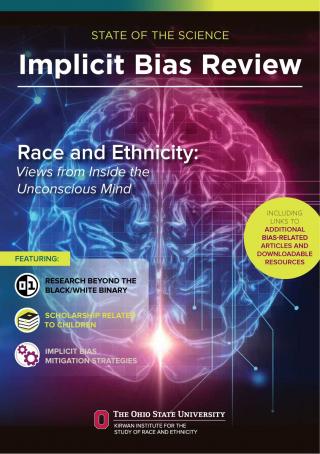 The Kirwan Institute’s implicit bias team is engaged throughout the year, compiling research and leading workshops and presentations in states and communities across the country as the desire for help understanding this important body of research continues to grow. Each year since 2013, Kirwan publishes the State of the Science Implicit Bias Review, which explores the newest developments in the field of implicit bias research and discourse. The review helps guide people in all professions in thinking about the real world implications of the research.

Download the State of the Science: Implicit Bias Review.

The Kirwan Institute offers the nation’s first free and publicly available online implicit bias module series tailored specifically toward K–12 educators. These modules include a series of videos, activities, and resources that are uniquely tailored to the experience of those who work in a K–12 education setting or closely-related field. However, much of the content in Modules 1, 3, and 4 are generalizable enough to apply to most audiences.

The Implicit Association Test (IAT) created by Project Implicit is a key assessment tool for learning about one’s own biases by measuring attitudes and beliefs that people may be unwilling or unable to report. Take Project Implicit's online Implicit Association Tests to get a sense of your unconscious biases. After you click the link, find the US flag and click “GO!” to continue as a Guest or choose one of the two options on the right (if you choose to login, you will not have the option to choose which test you take). Then read the Preliminary Information and click “I wish to proceed.”

Build foundational knowledge and skills to understand, identify and address implicit bias in the workplace at the Transforming Workplace Culture: Identifying and Addressing Implicit Bias workshop. This 2-hour, in-person workshop includes interactive activities and discussion to learn about the science behind implicit bias, how minds work and how to make small changes to align good intentions and behavior. Register in BuckeyeLearn for this workshop.

Confronting Prejudice: How to Protect Yourself and Help Others

Pepperdine University's online Master of Psychology program created this resource to educate readers on the prevalence of prejudice and implicit bias in society, including information about what marginalized groups are most likely to be harmed by prejudice. The resource features information about how one can be an ally and an advocate for change, as well as how people experiencing discrimination can build resilience against these types of behaviors. Access Confronting Prejudice.

BART is a resource for anyone (staff, students and faculty) who needs to report an incident of bias or wants to explore and better understand issues, like bias and discrimination, and how to effectively respond. The BART website is a central, online clearinghouse for you to report an incident. It includes many links to campus and community resources, to better equip you with getting help after a bias incident.

Actions You Can Take to Reduce Implicit Bias 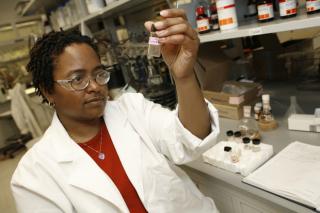 Raise awareness of implicit bias; take IAT tests and encourage others to take them as well
Awareness of implicit bias is a crucial starting point that may prompt individuals to seek out and implement further strategies. In our experience, most people find that becoming aware of their implicit biases helps them avoid those biases in decision making. (We mentioned IAT tests a number of times in this report, but they’re so helpful and accessible, it bears repeating.)

Routinely check thought processes and decisions for possible bias: Practice mindfulness
Actively engage in more thoughtful, deliberative information processing and be mindful of your decision-making processes. Mindfulness training helps facilitate these efforts. When sufficient effort is exerted to limit the effects of implicit biases on judgment, attempts to consciously control implicit bias can be successful.

Increase exposure to minority group members and counter-stereotypes
Distribute stories and pictures widely that portray stereotype-busting images: posters, newsletters, annual reports, speaker series, and podcasts are examples of media you can use to distribute this message. Increased contact with counter-stereotypes—specifically, increased exposure to underrepresented group members that contradict the social stereotype—can help individuals “unlearn” the associations that underlie implicit bias.

Reduce exposure to stereotypes
Identify and discard or change environmental cues such as images and language in any signage, pamphlets, brochures, instructional manuals, background music, or any other verbal or visual communications that trigger stereotype activation and implicit bias.

Take a first-person perspective of a member of a stereotyped group
Perspective taking increases psychological closeness to “other” groups, which ameliorates automatic group-based evaluations.

Practice individuation: Obtain and help others obtain specific information about people as individuals rather than as group members
Help prevent stereotypic inferences by encouraging people to evaluate members of a group based on individual, rather than group-based, attributes. Regularly remind yourself and others that majority group members aren’t characterized by the actions of a few, unlike minority group members.

For the sources of these and other ideas, see: 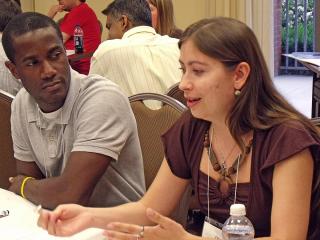 You can use the following “get to know you” activities in your office/unit to help reduce implicit bias. The activities incorporate these actions from the list above: identifying and consciously acknowledging real group and individual differences; increasing exposure to minority group members and counter-stereotypes; and practicing individuation.

Start staff meetings with a check-in question that each attendee answers. Check-in usually starts with a volunteer and proceeds around the group. If an individual is not ready to speak, the turn is passed and another opportunity is offered after others have spoken. Not only does this help attendees be truly present and participate in the meeting, it’s an effective tool to continuously learn more about others on your team.

Here are some examples of questions you can ask:

Ask participants to bring an item related to their heritage and share its significance. You can change the instructions to be an item from their childhood or something they cherish, etc.

Spread out a collection of photos and ask participants to choose a photo that reveals information about them, such as a photo that depicts an aspect of their personality, and have them explain why they chose the particular photo.

Below are examples of ice breaker questions you can use at staff “get to know you” brown bag lunches. (Learn more about how the College of Engineering hosts these lunches in the 2014-2015 Status Report on Women at Ohio State):

If you have a disability and experience difficulty accessing this content, contact the Office of Diversity and Inclusion’s Accessibility Coordinator at odi@osu.edu.